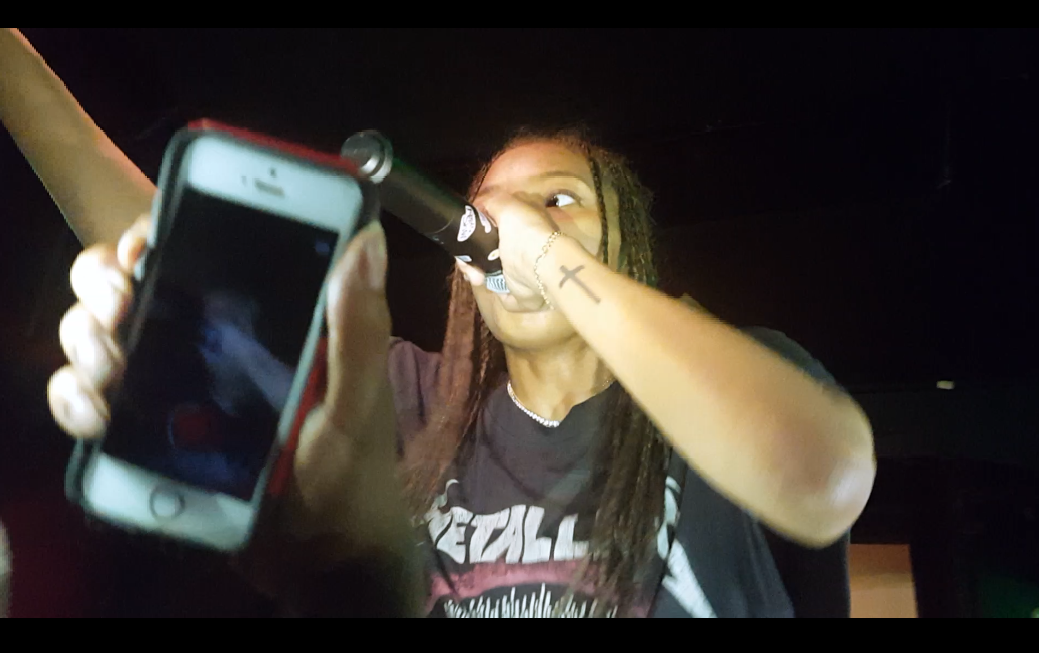 I thought I properly prepared myself before setting foot inside The Middle East Restaurant and Nightclub for the Kodie Shane concert. I knew I would be a little older than most people in the crowd, so the energy may be more excessive than what I’m used to. Boy, I was wrong. The crowd was a mixture of high schoolers, college-aged folks, and some parents.

It was over an hour until the show time, so there was no choice but to have an “interesting” waiting period. I listened as some young girls plotted unsuccessfully to finesse and finagle their way backstage. A girl had more energy than all of us combined as the Black people collectively looked at her like she was foolish. Over an hour of awkwardly interesting instances had let me know I was in for a treat. Then it happened.

“My duck was swift, but ineffective.”

Since I was in Cambridge, MA, of course the opening act was someone local and unknown to me. I listened to the girls in front of me talk about who Trae Dakidd was. What I did not expect was a little kid to pop up on stage. No way was he over the age of 16. He wasn’t on stage thirty seconds before the area I was in got hit with a flood of water. My duck was swift, but ineffective. My braid out was going to be through before I got to the headliner. The audience was hype though; almost comparable to my Coachella experience. By the third or fourth song, people who started in the back were now on stage. The artist allowed people to dance and shout themselves out over the mic before he got off stage.

The next person on stage was a late addition to the tour, an unknown singer named Shae Brock. She opened her set singing a popular rap song as she played on her guitar. She performed some original music as two background dancers worked the stage, and the crowd felt the music.

If you are familiar with Kodie Shane’s music or her as an artist, then the next two artists who hit the stage would sound familiar to you. Cymia, an R&B artist, hit the stage and performed original material. One song that stuck out the most for me was “Sprung.” As soon as the track started it felt familiar. With a sample I could not quite place (later to be realized as Hi-Five’s Unconditional Love), I grooved to it.

Next, Saucy Longwe came on stage performing music from his recently released project, Reborn. I will be honest; I am not familiar with his or Cymia’s music although I know who they are. However, it is interesting to watch artists grow or develop into the artist they want to become.

Okay, now to the reason you are here, Kodie Shane. All the screaming in my supersonic ears made my eye twitch. She performed songs from all her projects: 2060, Little Rocket, and Big Trouble Little Jupiter. During the set, there were songs I never heard and I found myself asking the people around me what they were. The audience fooled me because I did not think they could get more live, but they did. A teenage boy and I strong-armed each other for twenty minutes because he wanted to get in front. I am too short for that. Cymia and Saucy Longwe both came back on stage to perform songs they were featured on, Go To War and Your Side, respectively. Once she performed all of my jams (Pray For October, Way Up, Go To War, Your Side, NOLA), I did not care anymore and my night was made.

After, Kodie Shane held a meet-and-greet for everyone to buy shirts, sweatshirts, or stickers then take a picture. I was literally the last person in line because I was talking to a few people. It was a nice way to start of my week of concerts. I cannot wait to go see her perform again.