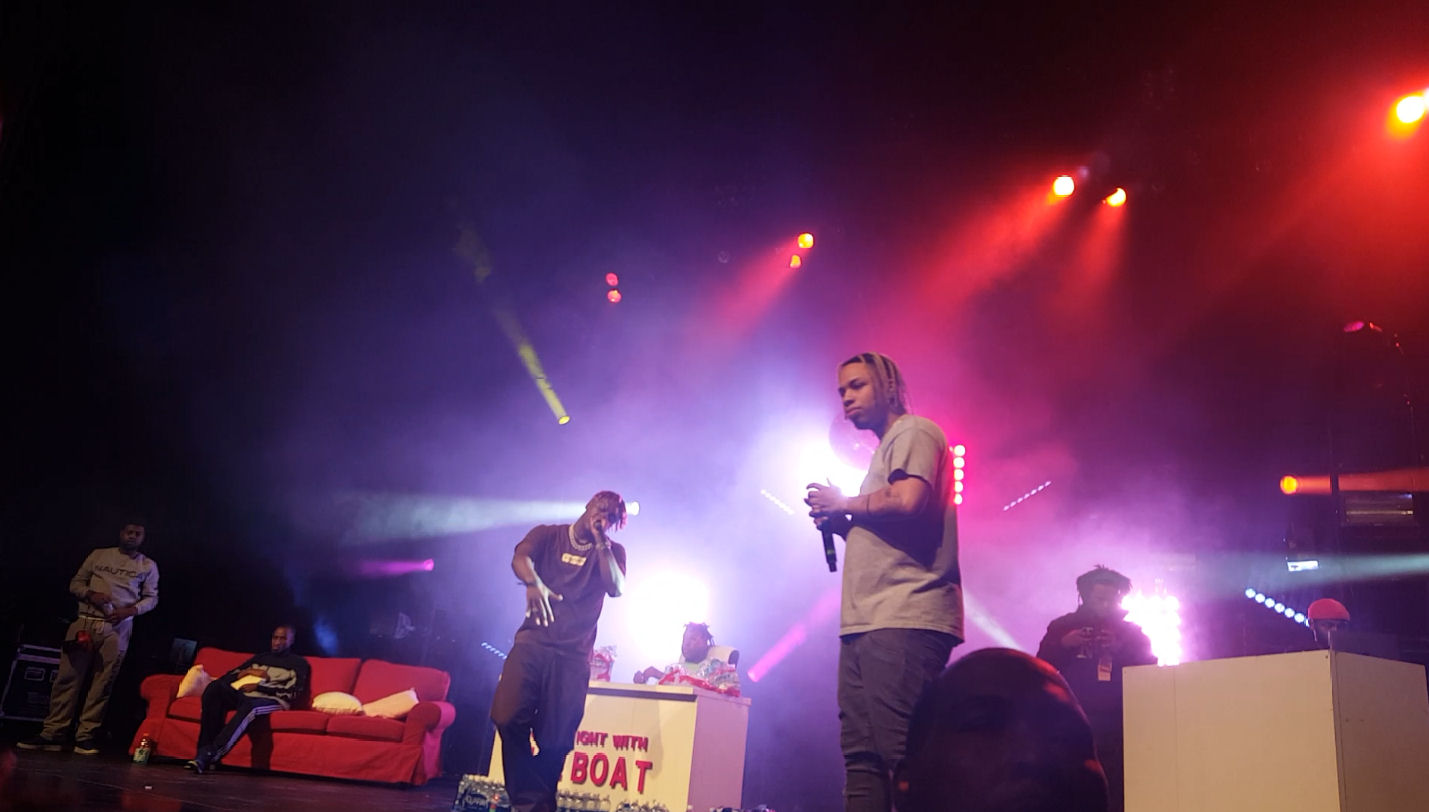 As a millennial who was presence for the takeover of the ’99 and 2000, I am not supposes to like Lil’ Yachty. My first real introduction to Lil’ Yachty was like most people my age. Caleon Fox did a hilarious skit featuring Yachty’s track “One Night“. For me, that is where it ended until last September. I attended Rae Sremmurd‘s show where Lil’ Yachty was the opening act. It was exciting to witness the energy in the room, not only from Yachty and members of his Sailing Team, but the audience. There I knew I had to immerse myself in a complete show.

Last night I attended the San Francisco show of the Teenage Tour. I had a good time although I had a revelation midway through. The line was mild, and somehow I finessed my way near the front of the stage. After an hour wait, the show started promptly at 8 p.m. with opening act Reo Cragun. Cragun flew from Portland, Oregon (with the chance of a lifetime) to perform several of his songs.

Next act to perform was Evander Griiim, an artist from El Paso, Texas.  He was well received by the crowd as elbows flew and pushing began. I recognized his name from Teenage Emotions, but I was not familiar with his music. His sound was very familiar though.

Bankroll After Bankroll I Spend

Lil’ Yachty’s set was divided into two parts. Too be quite honest I did not listen to the album until a few hours before the show (which goes against my concert ritual). Like Lil’ Yachty stated during the show, the first half of his set was a bit mellow. Toward the end of the first set he had two people come on stage to sing the first few bars of his song. Two people got on stage and embarrassed themselves as they pretended to know the song, but clearly did not. He then had two more people come on stage. The guy completed the first verse while the girl only got a couple of bars in. Both of them were rewarded with a tour T-shirt.

The second set was pegged as the “turn up” set, and they did. He performed two of the songs I like, “Minnesota” and “Shoot Out The Roof.” A Vallejo-based group, SOBxRBE, popped up on stage to perform one of their songs.  I never heard one of their songs, but the crowd appeared to really enjoy them.

Splash, Too Much Water

Toward the end of the show it got a tad bit crazy. About three cases of water, bottle by bottle, were thrown into the crowd. Yachty instructed everyone to hold on to the water and when he gave to cue we would throw it. I kept mine because it was hot and I do not follow rules. Within a few minutes, everyone opened their bottles and threw water everywhere. I simply put my phone in my jacket and closed my eyes to brace myself. My hair was plaited, so I was prepared.

All in all the show was good, but I am definitely too old for shows like this. From now on I am sticking to the rivers and the lakes that I am used to.