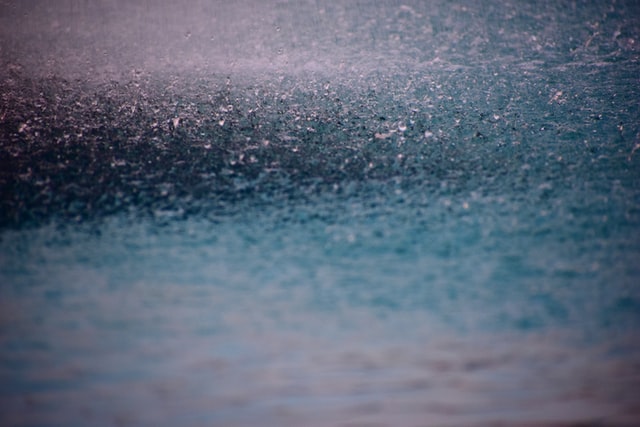 April Showers: For Hungry Girls Stressed and Don’t Want to Do a D@%n Thing During Quarantine

Honestly, I did not want to write this, but I wanted to keep up with my writing goal for the year. I have been working from home consistently since March 10. I haven’t had the interest to be creative or to write. I have kind of been in a mood and just wanted to be alone and have a peace of mind. I couldn’t even get comfortable with this transition before everyone in the house had to be here 24 hours a day, 7 days a week on top of each other and in each other’s space. We still haven’t quite figured this out.

While trying to manage being in a house with three other people, I have been stressing a bit about work. I still have a job, for now, but literally anything can happen within the next month or so. I have been thinking about how I should prepare and saving my coindellas because I still have things to pay for. Luckily, everything has been going as planned money wise and it is the least of my stresses.

On top of that I have been having issues with food. If you’ve been following my writing, you know I have a condition. With this condition I cannot eat certain foods. My intolerance has grown to corn and beans. Do you know how much food has corn and bean products? It has been about a day since I’ve completely cut corn out (because I discovered yesterday my silly self was eating tumeric, curcumin, and ginger gummies that had CORN SYRUP in them). I haven’t had any bean products in over a week. I’ve tried and failed multiple times trying to follow substitute recipes for pancakes (love yourself and don’t try to replace wheat flour for coconut, almond or cassava flours). I also found out that I’m intolerant of cassava and tapioca (they come from the same plant, so I only needed to try one to know I was intolerant of both). No cumin or nutmeg. I’m not supposed to have pepper but I can’t imagine a bland life without pepper (I tried the no pepper thing with homemade sausage and it was one of the worst things I’ve eaten). No oats, no rice, and hardly any wheat (because I can’t have bread). I’m struggling over here food wise because there are only so many sweet potatoes I can eat. End rant.

My saving grace throughout this quarantine has been music and streaming services. It doesn’t require me to do anything but either listen or watch and listen. I don’t have to use too much of my brain. I don’t have to open a laptop after closing my work laptop. I can just sit and try to be at peace. I started an Albums I’ve Listened to During Quarantine thread on Twitter that I update when I feel like getting on my laptop (every week or two). I’m thinking of starting a What I Watched During Quarantine thread, but I’m in too deep with what I’ve watched. I’m destined to miss a bunch in the thread.

This post just turned into an update of my life because I really did not want to write anything thought provoking or energizing. I just wanted to be honest and not “put on” like we aren’t in a pandemic (like the folks outside pretending everything is going to be alright). Everything isn’t exactly alright although we are semi health and safe. And, it is okay to be honest about how we are feeling. Yeah, outside is opening back up, but I don’t have plans on galavanting with folks like everything is peachy keen.

Yall be safe out there. Drink water, love yourself, and do hoodrat things with your friends safely on Facetime, Google Hangout, or House Party.